The Benefits of Sodium Zeolite for Water Treatment

Filtration prior to disinfection is essential. Although sedimentation removes most of the solids from the treatment, a significant amount of micron-sized contaminants remain in suspension. Disinfectants can be inhibited by certain particulate matter, or they can react with certain contaminants that produce toxic by-products.

Filtration can be carried out in a number of ways, but one of the most common is the use of media filters. Due to its unique physical properties, zeolite has the potential to be an effective filtration medium for treating drinking water.

In this article FEIZHOU will analyse the four most important benefits of sodium zeolite media when used in drinking water treatment systems.

Disinfection does kill bacteria, so this may not seem like a big deal, but it does help to reduce bacteria concentrations during the disinfection process. In reducing some of the bacteria in the effluent, the dose of disinfectant required can be reduced. Optimising the amount of disinfectant to reduce operating costs benefits the facility. 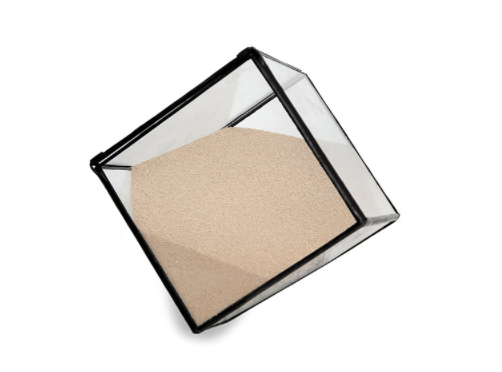 Ammonia and heavy metals are important issues in drinking water treatment. Both of these contaminants are toxic to humans. Coagulation, flocculation and sedimentation may not be sufficient to remove them to levels sufficient for human consumption. Sodium zeolite has just the right affinity for these molecules and adsorbs them and retains them in its molecular pores.

If concentrations of hardness minerals such as calcium and magnesium are high enough, they can cause problems in the distribution pipework. These minerals are not bad in themselves. However, at some point their concentration in the water supply reaches a supersaturation point and they start to precipitate out of solution. This can result in people experiencing scale build-up in their homes, which can lead to blocked pipes and taps.

Zeolite's ability to exchange calcium and magnesium ions in the water means that it can double as a softening agent if regenerated with a brine solution.

If you have ever turned on a tap and the water comes out brown, you may have a problem with iron rust. Similar to calcium and magnesium, iron is an important dietary supplement. However, too much iron can pose a health risk to the body. Therefore, there is also a need to reduce the amount of iron in drinking water. Sodium zeolite is also able to reduce iron levels to some extent through its absorption and ion exchange properties.

Please contact us here if you want to buy, and we'll be happy to serve you.