Home > News > Industry News > Everything you Need to Know about Zeolites

Everything you Need to Know about Zeolites

As a Zeolites supplier, I will share it with you.

The Introduction to Zeolites

Zeolites, which are discovered as minerals in nature, are an important class of inorganic microporous crystalline material. Zeolites are also called molecular sieves, are crystalline microporous materials formed primarily by SiO4 and AlO4 corner-sharing tetrahedral building units that form three-dimensional (3D) structures with well-defined channels and cavities of molecular dimensions. The void space within the crystal allows zeolites to differentiate molecules depended on their size or geometric shape. With changeable chemical compositions and distinct pore topologies, zeolites have been utilized in a wide range of industrial applications like adsorption, separation, ion-exchange processes and also as catalysts in the processes of oil refining and fine chemical synthesis.

The Applications of Zeolites

Since their discovery, zeolites have found widespread applications in many different areas, especially in catalysis, adsorption, separation, and ion-exchange processes 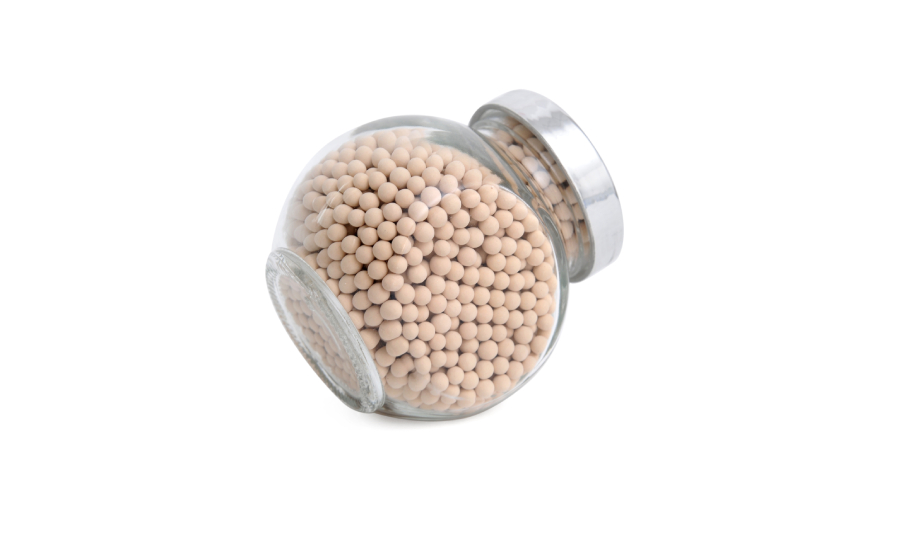 The most fundamental consideration regarding the adsorption of chemical species by zeolites is molecular sieving. The micropore size determines the accessibility of adsorbate molecules to the internal adsorption surface. Species with a kinetic diameter too large to go through zeolite pores are effectively "sieved". This "sieve" effect could be utilized to separate molecules by shapes and size. The selectivity of zeolites for a particular adsorbate depends upon magnetic susceptibility, and polarizability of the molecules.

For the Synthesis of Fine Chemicals

Zeolites are crystalline microporous materials that are widely used in refining and for the production of chemicals and petrochemicals5. The advantages of these materials as solid acid or basic catalysts have been substantially discussed in literature. In the past years, the amount of work on the use of acidic zeolites as catalysts for the synthesis of chemical intermediates and fine chemicals has increased considerably. The variety of pore topologies and pore dimensions within the zeolite materials together with the possibility to tune their acidity and the possibility to regenerate them make these materials attractive heterogeneous catalysts for the synthesis of fine chemicals.

Fuel cells are going to be the clean and effective energy generation for stationary, mobile, and portable applications. Pursuing enhanced performance, zeolites and mesoporous materials are significantly used in fuel cells. They have been used to boost proton transport, decrease fuel crossover and improve water management in the electrolyte membrane. They serve as electrodes and electrocatalysts in fuel cells and are also employed in fuel conversion, rebuilding, and storage.

Our company has many types of Zeolites for sale, welcome to contact us.